The metal casings and accessories are anti-corrosion treated and can be used within heavy industry offering safety and reliability.

DN plugs and sockets have a metal-bodied plug and socket-outlet with integral switching device AC-22, silver-nickel butt contacts with metallic braid that are compliant with international standards.

To avoid the dispersion of strands, flexible conductors must be fitted with a crimped lug before introduction in their terminal (see Figure F0).

The release of the DN latch is performed by a tension cord. One end of this cord must be attached either to the flexible cable or to a suitable fixed point of the installation. The other end is attached to the latch release mechanism which comes in two different types:

Mounting: Load break release button should be at the top 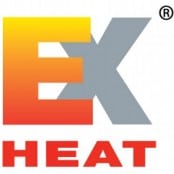